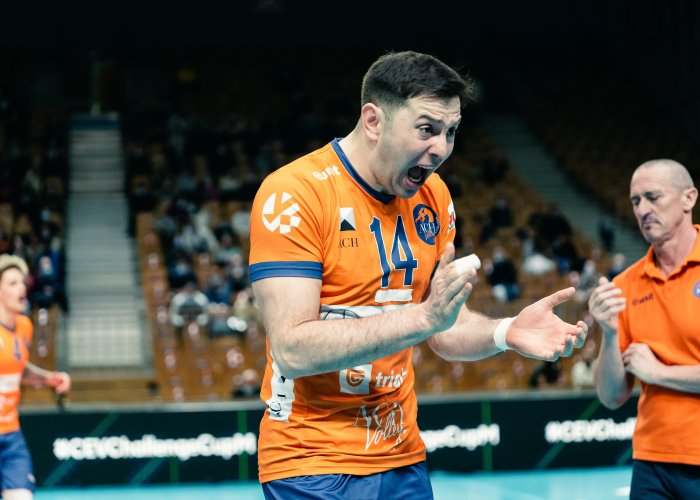 The team of the most successful Slovenian volleyball club ACH Volley Ljubljana announces that captain Nikola Gjorgiev has renewed his contract before the end of this season. The player and the club signed a two-year contract, which shows mutual satisfaction.

The 33-year-old Macedonian has proved to be an excellent reinforcement for ACH Volley Ljubljana this season. With his professional approach and hard work, he is a role model for his teammates and a true leader on and off the court.

Nikola, who plays as a corrector, has represented the colours of many European giants in his career, most notably Paris Volley (FRA), VfB Friedrichshafen (GER) and İnegöl Belediyesi (TUR). His path has also taken him to the Land of the Rising Sun, where he celebrated the 2016/2017 season with Toray Arrows as Japanese champion. ACH Volley Ljubljana, with whom he has already won two trophies this season (Slovenian Cup and MEVZA), is the 11th club in Gjorgiev's rich career.

"I am extremely happy that we have agreed to extend our cooperation with ACH Volley. The organisation at the club is phenomenal. Here we are focused exclusively on our work on the court, which is crucial for the ultimate success of the team. The main goal with the club is to continue to win laurels and be the best."

"I have never had such a nice team as ACH Volley Ljubljana in my career, first of all as people around me, and immediately after as players. It's easier to get along, motivate the team and keep a high level of form throughout the season."